As Dr. Nate and his boys pull out of the garage to head to school, I hear some fussing coming from upstairs. It is 7:20 a.m. which is a little early compared to when Milah normally wakes up but I don’t find it unusual. I walk over to the crib to see a big smile on her face. I pick her up and snuggle her. Everything is great! She’s happy so I am happy!

Then, I smell it. That foul odor of a poopy diaper. No big deal right? It just means I can snuggle her after I change her quickly and get a move on with the day. However, this was no normal poopy diaper. This was the poopiest of poopy diapers. As I unbutton her the shell of her cloth diaper, it reveals a soggy, lumpy, and squishy excretion flood that looked like someone had smashed a fresh cooked squash to smithereens. It consumed the entire cloth diaper, the whole outer shell, and it of coursed was caked on Milah in crevices I didn’t even know existed. She grinned at me while I just froze and stared at the mess I had to some how conquer. 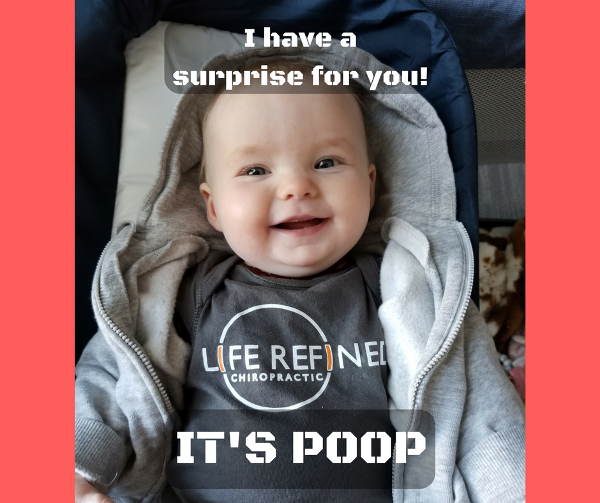 Welcome to nanny-hood! I didn’t have time to be grossed out. All I could think was I need to get her clean as fast as possible. By 8:00 a.m. I finally had her poop free after completely removing her clothes, using twenty wipes as she continually rolled around in the excrement causing it to smear on places I’d already cleaned twice, along with wales and tears from her being stuck in one place for far too long

But it wasn’t over. I now had to somehow clean the cloth diaper. The turdy fiasco was soaked and what seemed like cemented to the fabric. I honestly felt like I need a power washer to get it all off. Needless to say, I did my best to wash it while Milah screamed on the floor because all she wanted was to be held after that traumatic event.

I have heard of explosive diaper situations. All parents, nannies, and others have experienced it at least once in their child’s life. But there’s no way those stories came close to preparing me for the actual fecal adventure. I am proud to say that I too have now confronted and conquered a poop massacre.